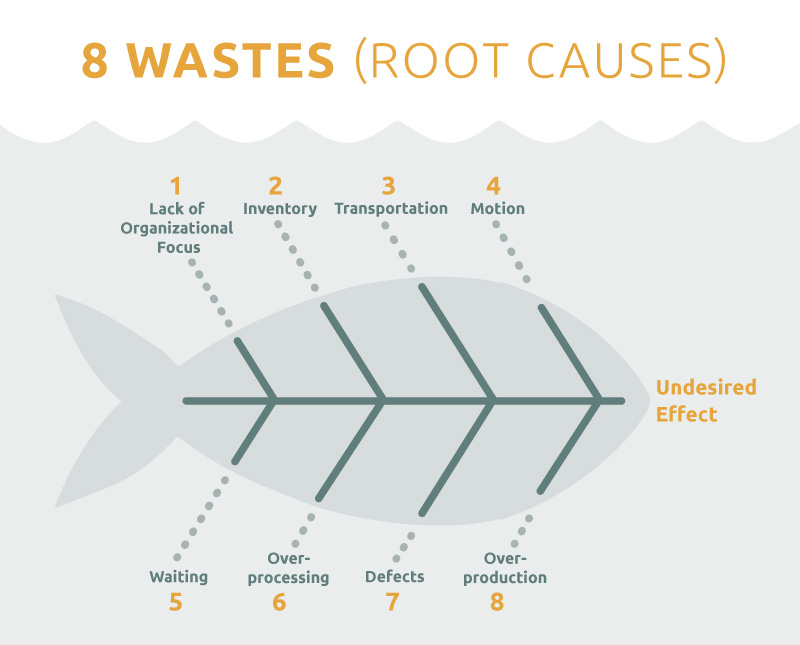 Determining root causes seems to be a lost art. It’s a discipline, and if we aren’t willing to apply disciplined thinking when diagnosing a problem in the business office, we end up making things worse.

We see this all the time in social media these days, with people jumping to the wrong conclusions and acting without thinking. It happens in government, business, and even science, too, where we promote and implement activities that aggravate a problem instead of solving it. (For a couple of my favorite examples, listen to Malcolm Gladwell’s podcast Revisionist History on the topics of dietary fat consumption and Toyota’s accelerator fiasco.)

In getting to the root cause of a problem, you should step back and look at the problem (the undesired effect) holistically, not thinking in terms of blame, but instead carefully examining the system or the process. This is known as systems thinking.

There are many quality tools for determining root cause. Brainstorming is one methodology commonly used in lean—seeking the opinions of the people who do the work. Brainstorming can be great for opening up dialogue and generating a free flow of ideas. But it has downsides, too: it can take time to build the trust necessary to think outside the box, and it can cause teams to veer off on tangents that aren’t productive.

Cause-and-Effect Diagrams: A Method for the Madness

This is why improvement experts have designed more methodical, focused ways to generate ideas about root causes. One way is to use a cause-and-effect diagram, which was originally the brainchild of Japanese organizational thinker Kaoru Ishikawa but has spread throughout the world because of its universal usefulness.

I first saw cause-and-effect diagrams in 1992, when I was an aircraft maintenance instructor at Delta Airlines. A facilitator from aerospace manufacturer Pratt & Whitney was leading us in brainstorming the root causes of certain aircraft operational issues. The facilitator focused our input into the Six Sigma categories known as the 6 Ms, which organize root causes by type: Man, Machine, Methods, Materials, Measurement, and Mother Nature.

When I saw my first cause-and-effect diagram, it was a revelation. Still, there was a key improvement I needed to make for brainstorming problems in the business office.

On his flip chart was a horizontal line, and at the end of the line, on the right, he named the problem: “aircraft operational issues.” There were six branches off that horizontal line—the 6 Ms. From the illustration above, you can see why these diagrams have come to be called “fishbone diagrams.”

As we brainstormed reasons for various aircraft problems, the facilitator wrote each one on the flip chart underneath its appropriate category. In a short period of time, he took our individual ideas and made them visual to compare them, connect them, and spur even more ideas. Then all our concerns were documented for future reference.

The Problem with the 6 Ms

I was fascinated by this process, and by the valuable diagram we created. I knew I would use it in the future for many of my management problems.

And I did, with considerable success. But after becoming a full-time lean teacher/facilitator and using the 6Ms repeatedly with my students and clients, I noticed a few recurring problems during brainstorming:

In brainstorming sessions, teams will often devolve into finger-pointing instead of working to identify problems with the process.

The LeanBP Solution: Focus on the 8 Wastes

Finally, I had an epiphany. What’s the central thesis of lean? The identification and elimination of wastes. In lean, those wastes are always the root cause of bad process outcomes. So why not organize a brainstorm around the 8 Wastes that plague the business office? As a team, you can use the 8 Wastes as a prompt and connect your results to a value stream map immediately, locating the problems within your processes visually. From there, you can use a tool called the 5 Whys to examine each waste, and then apply lean countermeasures such as 5S, visual management, standard work, etc.

Rather than trying to force a lean manufacturing tool to fit a business office, you’re now connecting your brainstorming directly to the process you’ll be using to correct your problems.

That’s the idea behind the diagram at the beginning of this post, which is something I created specifically for my course Lean Applied to Business Processes. Organize your brainstorming around the 8 Wastes instead of the 6 Ms, and use cause-and-effect diagrams to categorize, record, and visualize the root causes of your problems. This will help you move much more rapidly toward creating the future state you want.